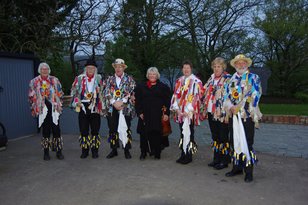 What happened last THURSDAY.Our two previous Dance outs in 2017 had been in pleasant Spring weather. Not so May 4th which was already getting dark by the time we started at our earlier 7.30pm and there was a wind blowing straight from Siberia ruffling our Rags and Tatters coats. Being the Troopers that we are we soldiered on for about 8 dances until it was really getting dark when we eiher went home or into the Pub where many voters had called on their way to or from the Polling Station - Local Election Polling was nearly over - which explained why the Car Park was full !

Being too dim to get any good shots on my DSLR (shutter speeds of 1/20th second are not enough to stop Morris Dancers in action) I have resorted to using Screen shots from video which performs better in low light. Image Quality is not so good.
​I have included some video clips in their place. 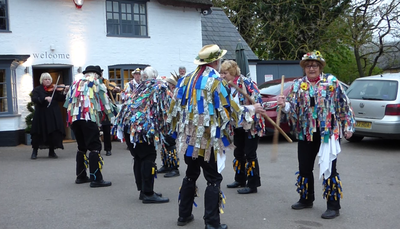 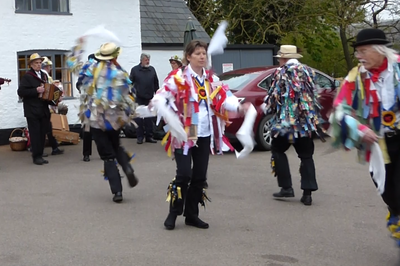 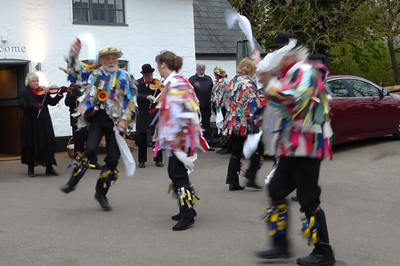 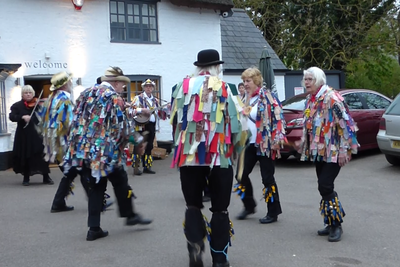 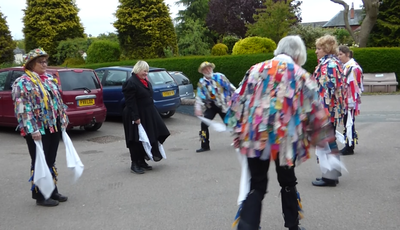 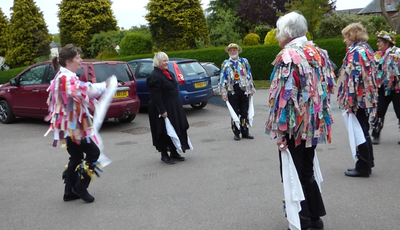 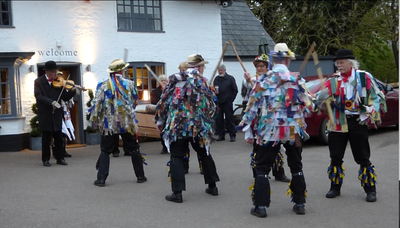 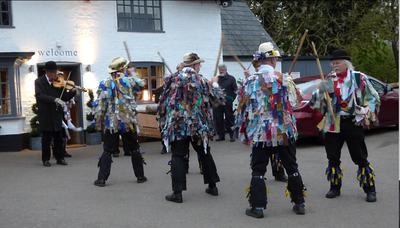 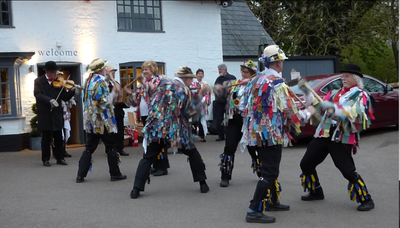 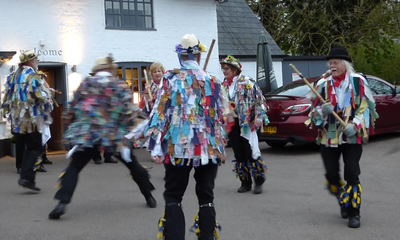 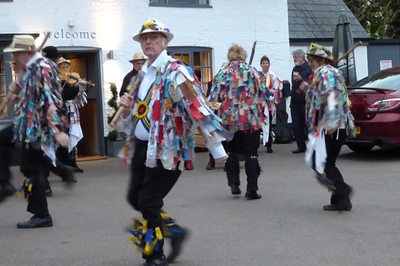 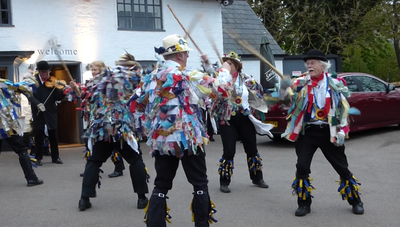 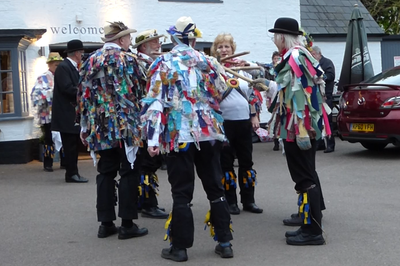