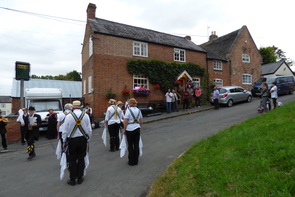 After a not too pleasant rainy afternoon but it was fine and dry by the time we got to the Chandlers Arms. Good to see that we maximised our limited numbers  - Squire is now on his travels. So we managed more 6 dancer dances than in the past few weeks. There was a welcoming 'crowd' who popped out for a quick look and then shot back in again - or headed for their cars (we had a lot of that since Medbourn).
The only disadvantage at The Carpenters is that it was built on a slope which wouldn't be out of place in the 'Tour de France' were it a bit longer.
We worked our way merrily through Sally's shopping list - Peppers , Courgettes , Gin
(I wonder how she gets on when she asks for 1/2 Kilo of Constant Billy in Sainsbury's (there are other Supermarkets) - a bit of a mix up I think.
Very generously a wicker basket full of chocolate cakes/biscuits were produced to celebrate her birthday.
A women and her daughter and some grandchildren came out and joined us in Shepherds Hay.  We danced Upton stick in the gathering gloom and by 9.00pm it was getting quite dark so Bonny Green Garters was called for. As Gail commented the dark seemed to creep up on us - Autumn beckons 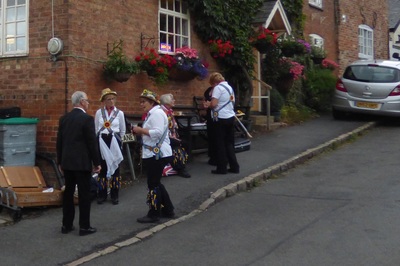 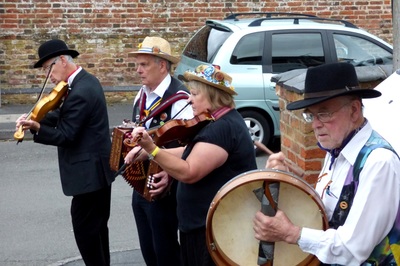 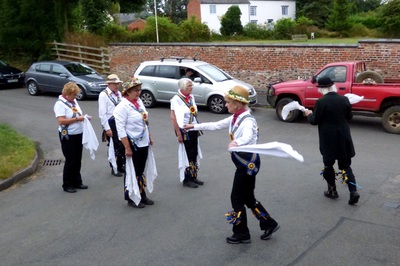 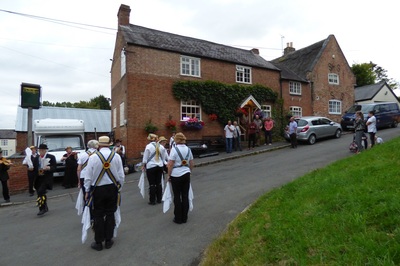 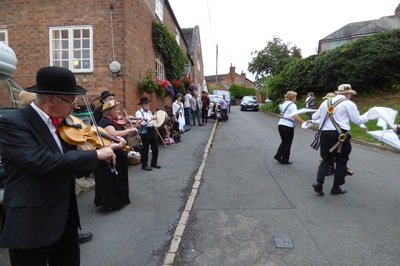 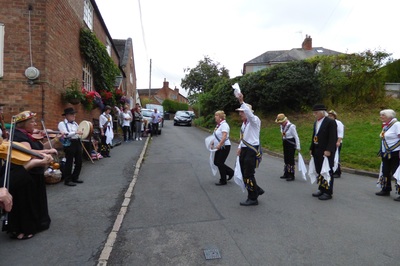 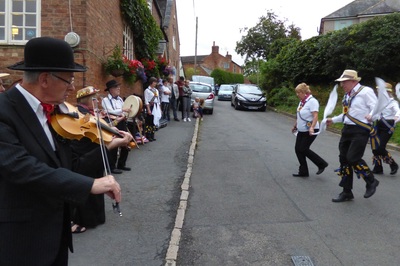 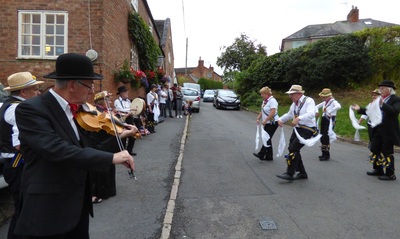 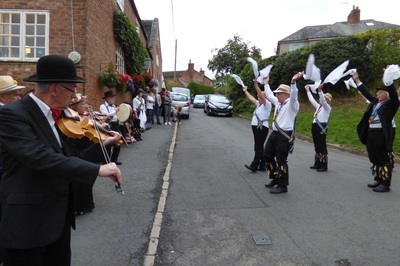