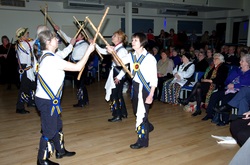 On Tuesday 19th January "The Braybrooke Morris Dancers" appeared , by invitation ofKettering U3A , at the 'Open Door Church' on Montague Street. The programme was to give a brief history of "Morris Dancing" with a demonstration of the types of dancing the Braybrooke Side subscribes to, to an audience which was estimated at 100+. Squire David Ball confessed that this was the largest audience he had ever addressed , in fact it was they only one he'd addressed
There are two main traditions in Morris Dancing 'Cotswold' and 'Border' There are also other Regional variations including Clog Dancing from the North West , Step Dancing from the North East, Sword Dancing from Yorkshire and the North of Scotland , Molly Dancing from East Anglia , Ribbon Dancing and many more. Braybrooke Morris Dancers repertoire is mainly in the 'Cotswold' Tradition' typified by their mainly white uniform , coloured Baldricks, and bell pads. Cotswold dances are either Stick or Hankie Dances.
The side performed several dances and even managed to get some audience participation for the signing off dance "Bonny Green Garters" during which Braybrooke's Beast 'Griff the Griffon made an appearance.
Feed back has been very positive to the extent that the side are invited to do a repeat later in the year for Great Oakley U3A 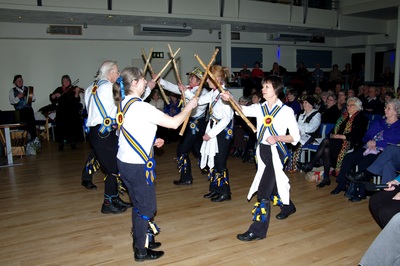 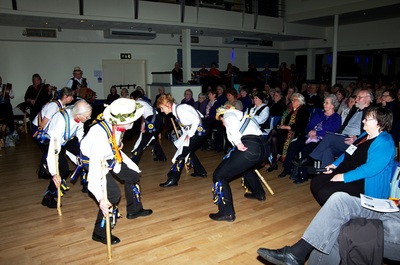 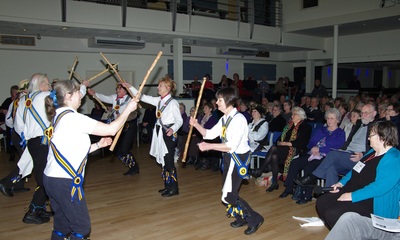 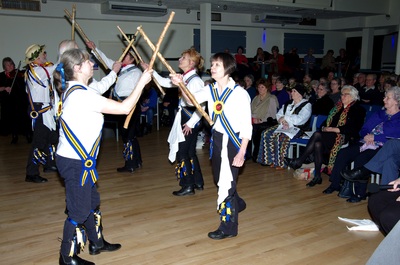 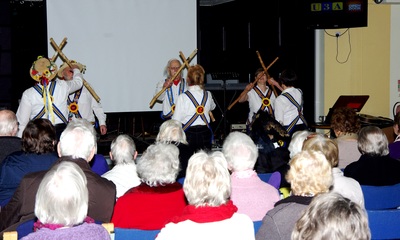 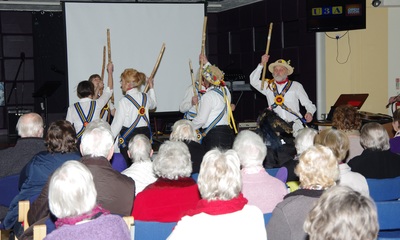 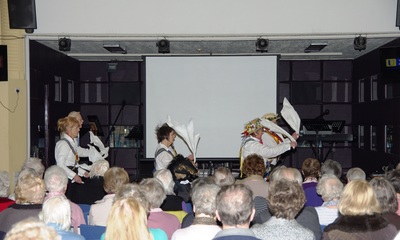 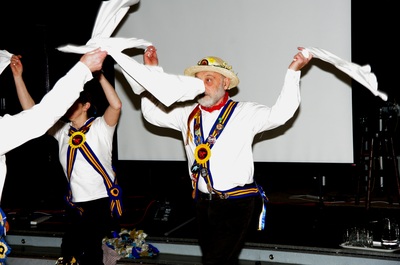 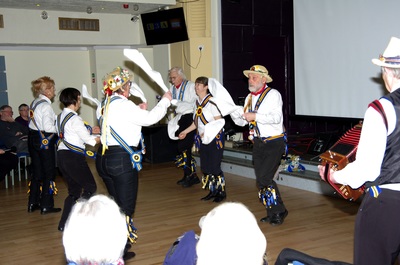 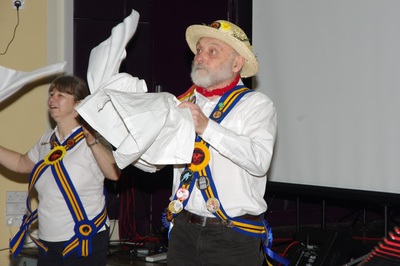 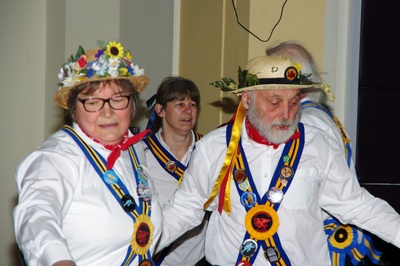 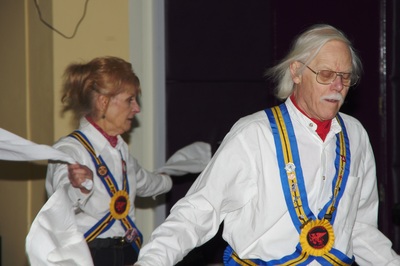 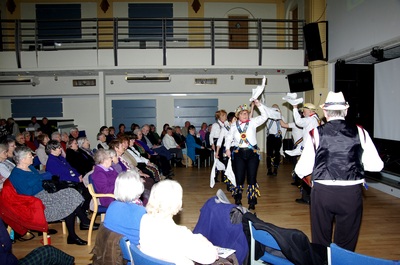 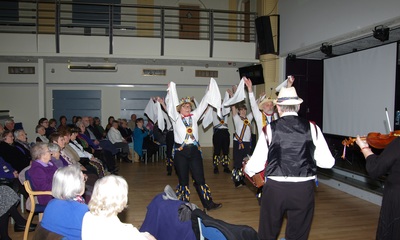